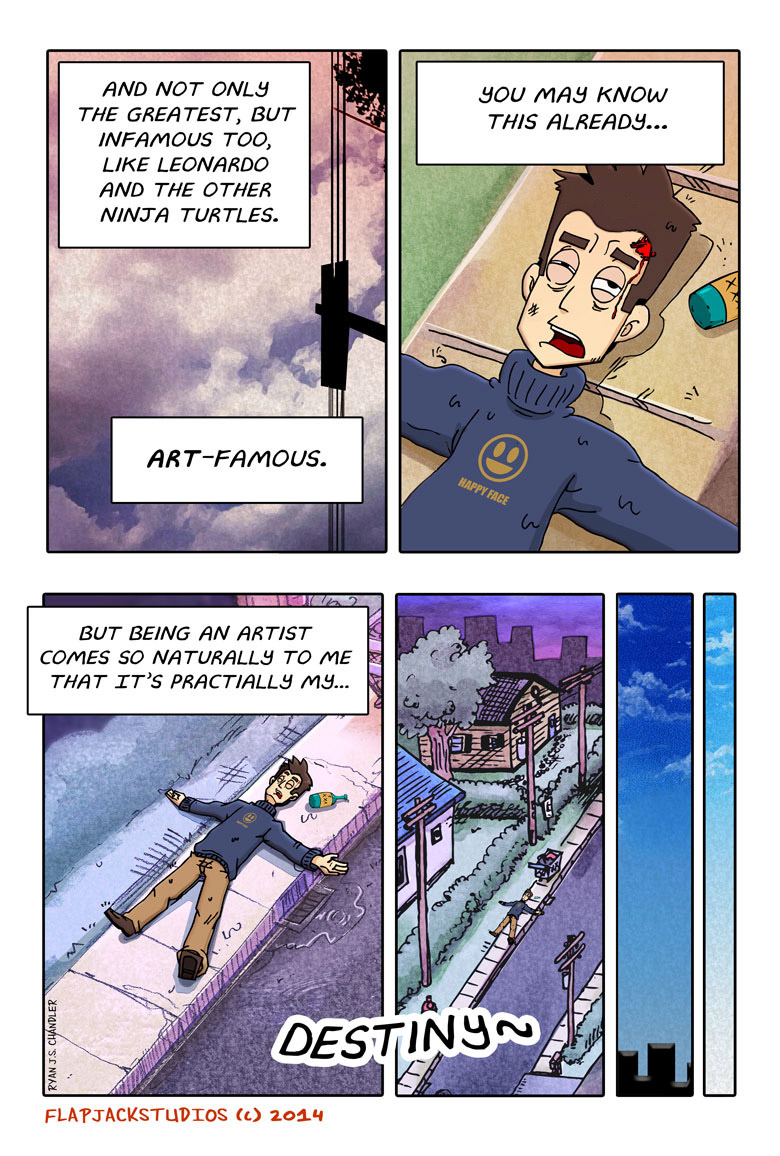 
Welcome comic fans! Here's another Flipside U page. Today we have FU #04 called "Destiny." Whose destiny? Well, our friendly but naive protagonist Josh Neilson, that's who, and his dream is to become a world famous artist! You know, like Leonardo and the other ninja turtles! Haha. You may know him already, but if you don't why not check out his debut in Meet Josh Neilson. This week we have Josh struggling to remain conscious after being thrown out of his home and hit in the head with a wine bottle. In the midst of his headache, Josh begins to reminisce while lying on the stone cold sidewalk. And it's raining...so... but hey, things could be worse, right?