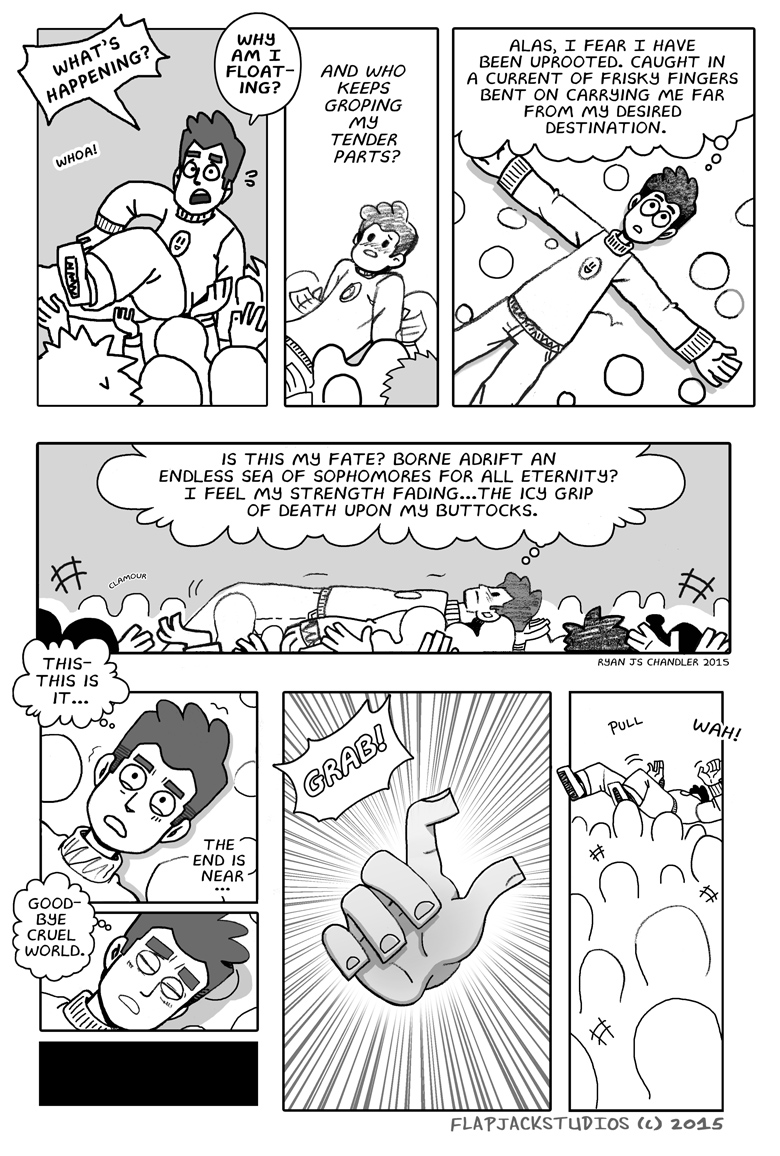 
A pair of frisky fingers once did this to me too...but I was on the subway, not in a crowd. Kinda sucks, but I get the feeling it was by accident as a few seconds later the guy said, oh my bad, it`s cramped in here. I let him off with a pass this time. Forgive and forget right? Anyways, I wiped his wallet. Here's the latest Flipside Update. FU page #37 is called "Frisky Fingers."

Also, since I've been updating these comics weekly, I'm making this wall of text a place holder for writings of much higher quality in the future. Thanks.