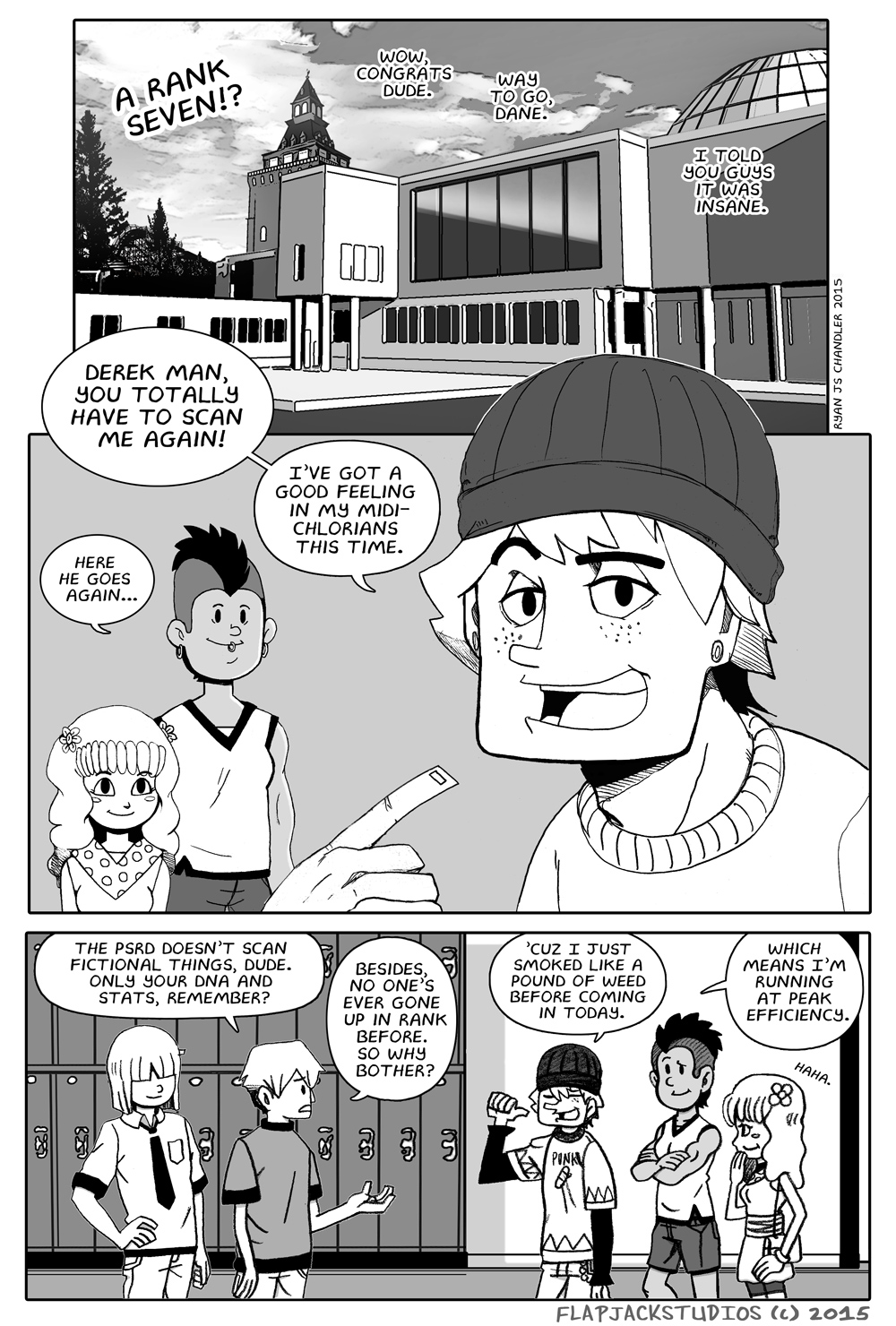 
Jeremy has a good feeling in his Midichlorians this time, he says as he begs to be scanned by Derek's ranking device. Haha. Today's comic is appropriately called "Midichlorians."

Derek's PSRD is a pretty hot topic. At least it is around his friends. It would seem Jeremy believes he can go up in rank by smoking...ahem, weed, but we'll just take that as a metaphor for believing in one's own potential. Positive thinking and what have you. So, do you think Jeremy Thrash will go up in rank? Find out next update.