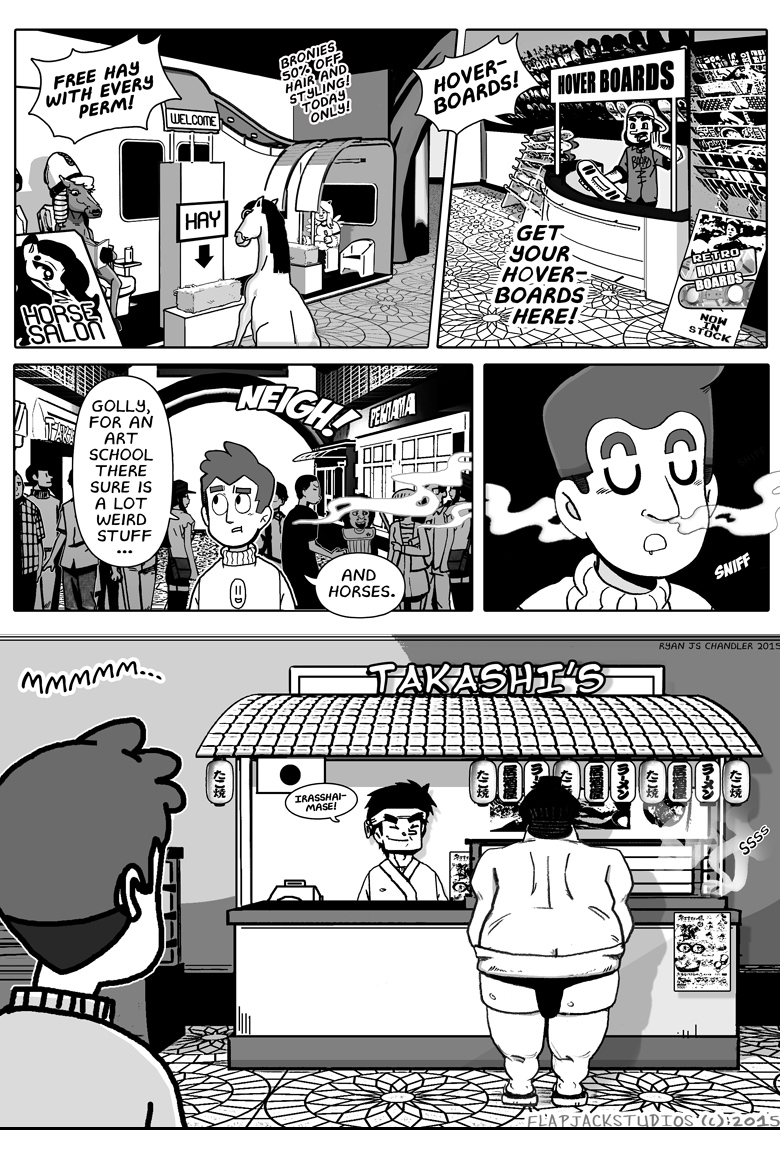 HAY AND HOVERBOARDS - FLIPSIDE U #32


Another awesome Flipside update. I hope you picked out the Back to the Future reference, also bronies! I`m not sure why I`m excited for bronies but there`s one in the comic. Did you spot him? Go ahead, try to find him! Anyways, today`s FU page is called "Free Hay and Hoverboards."

I really should put something interesting in these texts, but I gotta say, it`s just not coming to me. Besides, it takes ages to draw and write Flipside so these texts are a bit of an afterthought. If not a ramble!