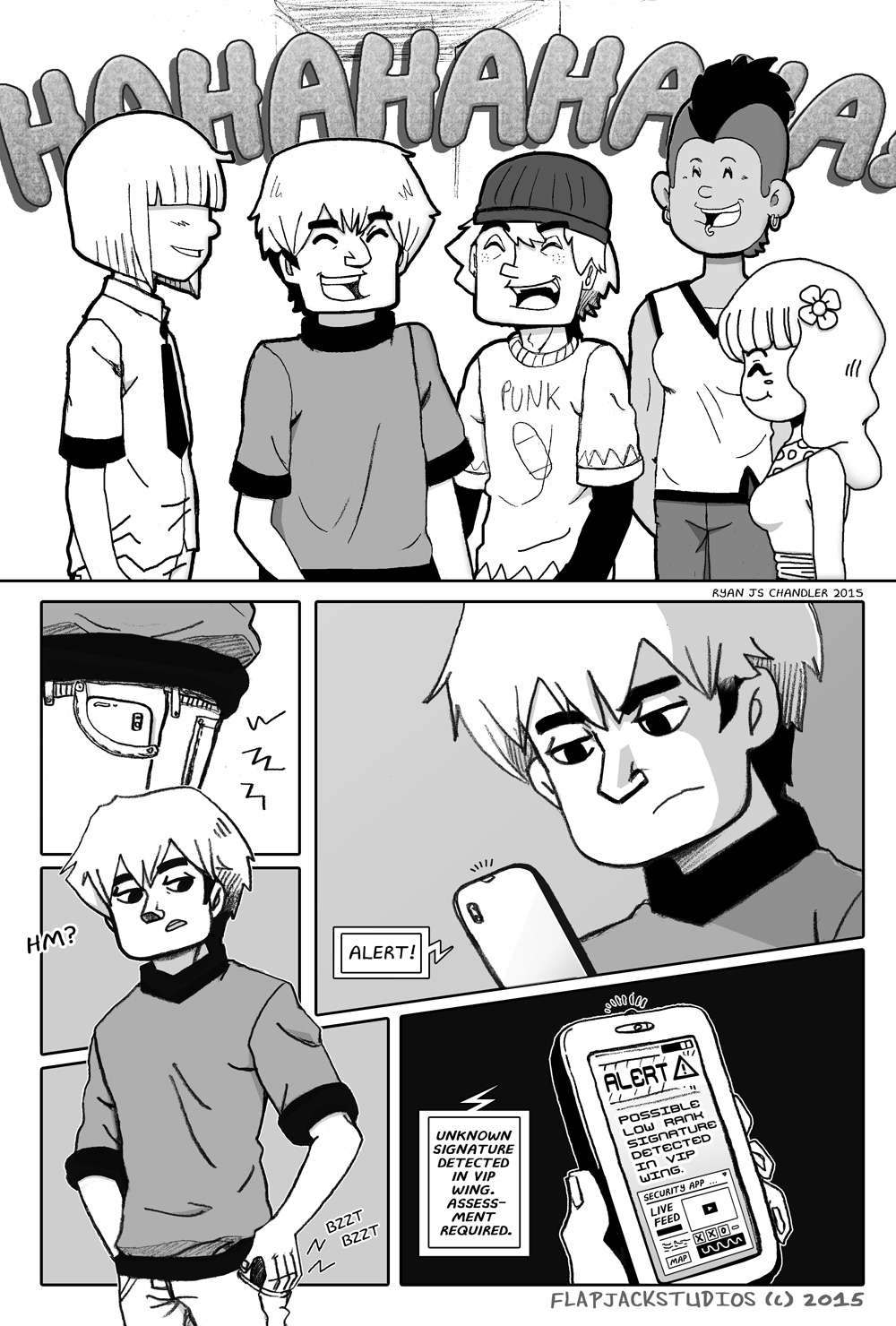 Heyo everyone. Amoung all the joy and laughter there is a beep. It's Derek's phone warning him of some suspicious activity in the VIP wing of the school. Looks like some heavy duty ranking would be needed to access those security cameras. Hmmmm...Derek's character sure us mysterious, huh? That's it for this week. See you agains soon.